The AEDE tax: the stupidest Internet law ever

Two days ago the Spanish Parliament approved the amendment draft to the Spanish Law of Intellectual Property. This amendment (anteproyecto de ley, in Spanish) is also known as Canon AEDE (AEDE Tax), and it has very important consequences for every company registered in Spain and having a web site. And it is the stupidest law ever created affecting Internet.

Why is this the stupidest Internet law ever?

Because that law states that if someone links out to a web document first published in an AEDE’s member site, then he will need to pay a tax to AEDE, even if the linked company’s site doesn’t want to be paid or is publishing under Creative Commons.

AEDE is the acronym of Asociación de Editores de Diarios Españoles (Association of Spanish Newspaper Publishers) and sees within its members the most important Spanish newspapers: El Pais, El Mundo, ABC, La Razón et al (a list of members will be presented at the end of this post).

What is the purpose of the AEDE tax?

The purpose is simple: obliging all those news aggregators (Google News at first, but also Facebook and Twitter) that Spanish news publishers consider are monetizing thanks to “stealing” their articles. Somehow, in the mind of the Spanish legislators, the AEDE tax is similar to the tax we pay to authors when using their creations. AEDE declared that it expects to earn about 80 million euros (about 107/108 million USD) thank to this tax, million that it will after redistributes within its members.

What do the news publishers say?

Not that much really. If you look to their sites, the news of this new tax was not highlighted. What is true is that all the Spanish newspapers are struggling to survive because they were not really able to find an economically effective way to the impact Internet is having on their revenues. Some publishers (as Unidad Editorial, owner of El Mundo) have tried the digital kiosk way (Orbyt), with not that great success despite of what they say, but still maintain the free-for-all digital web site for earning from page-views and display ads (this is also true for their mobile apps).

News publishers always have ranted against Google News (and other aggregators, as it is Meneame) because – their words – it was stealing and profiting with their content. With this law they pretend to earn what they think it’s due, but – actually – it seems more a desperate way of saving themselves from their continuing failure on monetizing their presence in Internet and the loss of their traditional “paper version” readers.

What are the consequences of the AEDE Tax?

As well described in this Gurusblog.com article (here the English gTranslated version), the consequences are many and all negative: 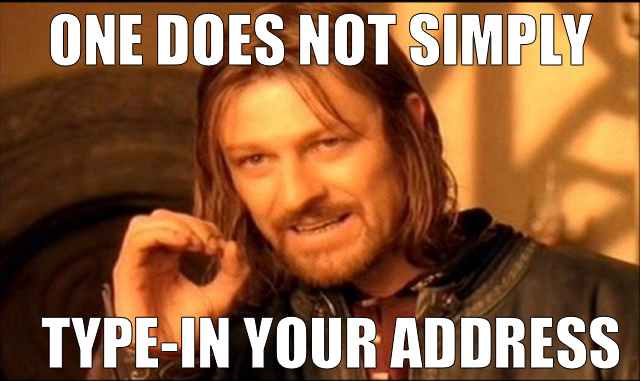 The worst thing is that obliging site owners to pay for linking out to news sources will probably push them to not link at all. This, a part the decreased happiness of the same news sites’ SEOs, won’t help the discovery of relevant content as – for instance – the amazingly good special El Mundo produced about the First World War (not linking because… well, I don’t want to pay).

This consequence is probably going to be a fact, as is already existing a Chrome extension that blocks user from entering in any AEDE members’ site and a WordPress plugin, which blocks the URLs that link to the media members of AEDE and CEDRO and the references to their URL.

Ultimately, Internet users – whose biggest majority is not even aware of this new tax – will start seeing how their preferred news sites are not so “present” in Internet as they were used to.

Finally, here is the list of the news publishers members of AEDE (or CEDRO, which is another authors and publishers association that lobbied for this tax):

Does that mean that web sites of companies registered in Spain cannot link to news sites without paying for linking out? No, luckily in Spain exists independent press or publishers that are not members of AEDE and CEDRO, hence that are not considered by the AEDE amendment. Here you can find their list.

NOTE: as my friend Dan Barker made me note, there is a trick that would allow to link to AEDE web sites without having to pay the tax, and it works if it doesn’t apply – as it seems – to private but only to companies registered in Spain:

It should work fine, if I am not wrong, and it only proves how stupid the AEDE Law is.

Stupidity is the same as Evil, if you judge by the results (Margaret Atwood)