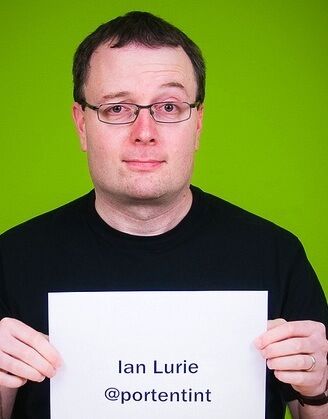 He loves marketing so much he gets mad when something or someone misrepresents or corrupts its nature and meaning. Oh yes, Ian can be harsh and sarcastic and – sometimes – keen cooking sophisticated revenges (memorable how he “punishes” those ones scraping his posts without attribution).

But even though his “ranting” attitude is at first what may impress you, do not fall into the error of believing that Ian is just an amazing SOB, because he is not at all. Ian Lurie simply loves (maybe) too much his profession. So much that, apart offering his services with Portent Inc., his internet marketing agency based in Seattle, since 1995, he is always one of the first proposing himself for helping marketers in distress with suggestions, posts, presentations and (e)books.

And talking about books, he – in collaboration with Elisabeth Marsten – has recently published “Web Marketing All-in-One Desk Reference For Dummies”.

Gianluca: Ian, how much the web space would be a better place if there weren’t so many bad students out there? And how much really businesses, especially small ones, have still to learn and understand the value of web marketing… which is something that cannot be defined as “new” anymore.

Ian: The biggest problem now is one of expectations. Half of businesses are completely distrusting of all things internet. The other half believes a web site entitles them to overnight success. It’s not really about ‘bad students’ so much as folks figuring out there’s nothing magical about the internet. It’s marketing: Money and creativity goes in. If you do it right, more money and loyalty comes out.

Gianluca: Certainly what can baffle businesses about Web Marketing is the speed with which it changes, evolves, new actors enter the scene and old rules apparently solid are abandoned or disavowed. But I think that is something inherent in the nature of the Web, and that is perhaps why it is in Marketing, on its most basic rules, where you have to build up any strategy to promote something online, then translating it to the various disciplines and tactics: SEO, PPC, Social… I think you agree with me, but I’d like to have a confirmation and still know your opinion.

Ian: Definitely!!! Not one change in the last ten years has affected the way web marketing really works. Nor has the internet changed the way marketing works. Read David Ogilvy or John Caples’ stuff and you’ll see that they talked about the same kinds of challenges: Creative vs. the need for sales; testing ad copy; measuring performance. The tactics – SEO, PPC, etc. – are just new ways to deliver it. They’re easier, cheaper and more measurable, but they work the same way. They’re not different. They’re not riskier. But they’re available to everyone. And that means everyone can try them, fail at them, lose money on them, or succeed with them. That creates the impression that internet marketing is suddenly more dangerous, when really it’s just more accessible.

Gianluca: You are present in the industry since 1995. What do you remember of those days, when Google was not yet even imagined? And what do you think is still valid nowadays of the Web Marketing practices of those early years?

Gianluca: 2003. Google releases the Florida update and hundreds of sites disappear from the SERPs. Flash forward: 2012. Google releases the Penguin update, and other hundreds of sites disappear. After Florida the web did not implode, and SEOs survived improving and maturing in their profession. So SEOs will probably survive also to Penguin, but how? What do they must do in order to improve and be stronger than the flightless bird?

Ian: Focus on the stuff that has always worked: Onsite visibility; indexation; great infrastructure; great messaging and content; and smart outreach. I’m sure I’ll be writing this in five years when there’s another gigantic rankings shake-up. 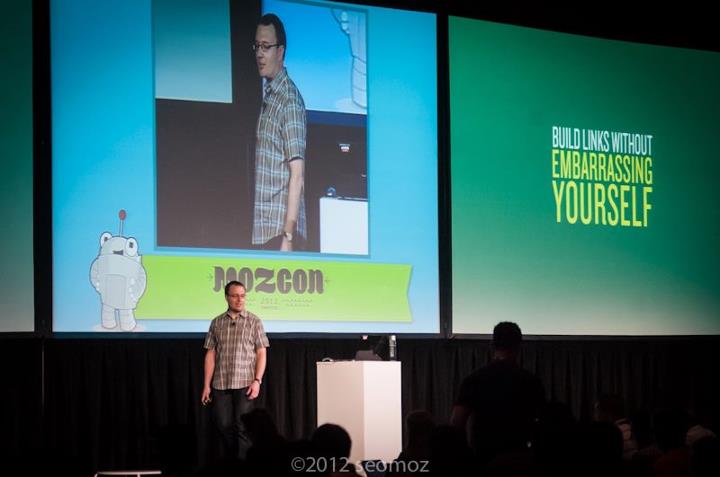 Gianluca: Content Marketing. Aren’t we living in a Content Marketing bubble? Personally I am quite scared (and a little bit pissed off) of all those ones saying that great content can be done from nothing without spending a dime or that it is easy like snapping fingers.

Ian: We’re living in an expediency bubble. Everyone thinks they can succeed online by knowing a trick. Then they’re disappointed/offended when they find out they’re going to have to invest thousands of dollars in a serious marketing effort. The bubble’s a lot bigger than content marketing, and it’s been going on for a long time. This is going a little far afield, but I feel pretty strongly that the economic crash was largely due to the expediency bubble: Everyone thought money was just sitting on the ground for the taking online, in real estate, etc. They all felt (and feel) that they simply deserve it. Content Marketing is just the latest fad to take advantage of that, by saying “Hey, everyone, get rich! You can do it! Just buy a ton of crappy content!”

Gianluca: At the last Mozcon, Tom Critchlow said that SEOs should not try to compete with old classic Media or PR agencies in their own field: content. Instead SEOs should try to take advantage of their own peculiarities, which, as I understood his words, are essentially based on the data driven culture, which is so typical of SEO. That means that we have the know-how and expertise to understand how something can be a link-bait or viral, because we are able to understand the data that must be used in order to plan an efficient web marketing campaign.

How much Analytics influence SEO, in your opinion? On the other hand, a too much relying on analytical data strategy may not “kill” the “creative genius”?

Ian: SEO marketers are doing themselves a huge disservice by over-emphasizing data and under-emphasizing the creative side of marketing. You can’t prove that something will be viral. If you constantly push data as the biggest marketing driver, you’ll start getting questions like, “Well, how much of a difference will it make if I change this title tag? Will we go up 1 spot or 2?” That’s an impossible question. But by becoming so data-driven, we’ve created the impression that we can measure everything. And you can’t. The smart play is to balance them, carefully. Instead of trying to predict with data, use data to measure results. Also use it to expose lousy marketing practices. Then use creativity and common sense to build a great strategy and move forward.

Gianluca: If you were starting Portent now, what part of marketing would you give more importance to? SEO, Social, Content… Or, as it is my firm conviction, would you have tried to create an offer, which sees a harmonic complementation of every discipline?

Ian: I’d do it the way I’m doing it now, I think: Balance them all based on a core philosophy. In my case, that philosophy is that great marketing connects people to real value. Everything you do in marketing should build on that. I’d love to say I was oh-so-brilliant in coming up with that in 1995, but I’ve arrived at it by crashing into one wall after another. So it’s not as clever as it sounds. 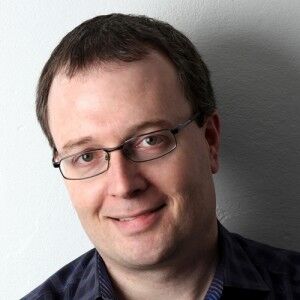 Gianluca: What was the last thing that made you mad about our Industry, and what is that thing that makes you still desire to be a web marketer?

Ian: Politics. Political discourse drives me absolutely insane. Political operators and journalists will say they provide half-truths and deceptive sound bites because “I’m delivering what the people want.” That’s bullshit. They’re practicing shortcut, cheap marketing that ultimately hurts their own brands. Karl Rove’s wedge-issue messaging made Republicans beholden to the far right, which has hurt them. The Democrats’ drive to never offend made them impotent.

My point: Politics is a form of marketing communications. You can do it right, by delivering real value and clear messages. Or you can do it easy, by delivering stupid sound bites. The latter does work election-by-election. But it costs larger ideals and long-term vision, and leads to unmarketable brands. Private companies would do well to learn from the example.

What is your favorite word? Avuncular
What is your least favorite word? Guilt
What turns you on? Watching excellence
What turns you off? Watching fakers
What sound do you love? A big chord.
What sound do you hate? Fingernails down a chalkboard, definitely.
What is your favorite curse word? Fuck. Fuckity fuck fuck. It’s just so perfect.
What profession other than yours would you like to attempt? Computer security
What profession would you not like to do? Medicine. I can’t imagine the pressure of having people’s lives in your hands.
If heaven exists, what would you like to hear God say when you arrive at the pearly gates? Inbox zero.