Marketers, what we do in the web echoes in ethernity

Fratres! .. Three weeks from now, I will be harvesting my crops. Imagine where you will be, and it will be so. Hold the line! Stay with me! If you find yourself alone, riding in the green fields with the sun on your face, do not be troubled. For you are in Elysium, and you’re already dead! … Brothers, what we do in life… echoes in eternity.

(From “Gladiator” by Ridley Scott)

H ow many times we have seen clients coming to us asking to help them with their sites? Every day, no? And the majority of those sites are desperate cases, not because of the sites themselves, but due to the poor execution of the idea its owners had when creating them.

Just think it: eCommerce one identical to the other, hotel booking sites using the same hotel database, apps site which difference is only the color of the WordPress template used. Or gems buried in the SERPs and that you have discovered just by chance.

The Internet is a tough battleground

You have an idea, you maybe have a wonderful idea. And just because it is wonderful you believe it will conquer the World. The Internet will be yours. But hardly you will have success.

When you have an idea and Internet is where your idea must engage in the battle for customers, the idea is not enough, even if your battleground is a niche market.

The question is: how can make my idea become a successful one for real?

I invite you to take a step back in time with your imagination.

The time: eighth century before Christ. The place: Italy.

Let’s do jump forward in time… second century before Christ: Rome is ruling the Western side of the Mediterranean and it is quickly conquering the eastern part. Soon Julius Caesar will submit to the dominion of Rome the actual territory of France, Belgium and part of Germany.

How could those farmers conquer the world? Because they were organized, they were an army, they learned to do better what others already did and because they build such a myth of Rome that the nations they conquered soon after being conquered were proud to be Roman.

Ok, but what all this has to do with sites and web marketing? A lot. 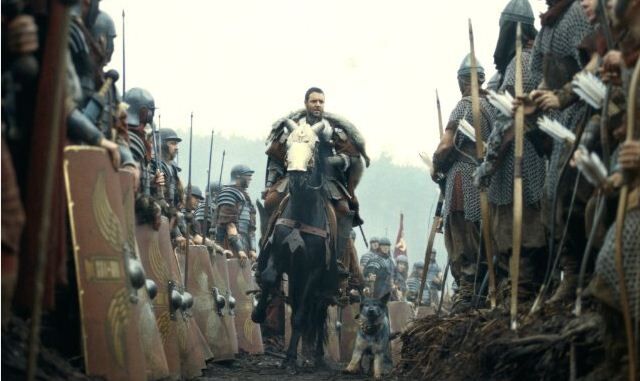 You have an idea… be firm with it, never regret it. Be consistent with that intuition. But before choosing the battleground, you have to know it perfectly.

In marketing that means to know your end users even before you start creating a product. Do your homework, do a work of Intelligence: what people is saying of your competitors? Use Social Mention to listen. What the people you want to be your end users is looking for? Do a keyword search, not with the purpose of simply knowing how much traffic could your site attract, but to craft your strategy, which should be giving to them what they do really need. Or try to previews the trends in your market and contrast with them the correctness of your idea with real data. You may want to monitor Twitter with tools like Trendistic, but also study the how people tastes have radically changed in your market in the past and try to understand why and who were the first welcoming and driving those change to the mainstream.

Before you decide to start the battle you have to know the personas your going to battle for.

A good way to know them is, for instance, creating a small site, an beta “niche” one: that is your small farming village. Don’t go for the biggest competitors at first, go for the middle ones. Go local, also if your idea is there to conquer the world market. That is what FourSquare did, conquering the New York market and from there trying to conquer the global market of the location-based mobile platform. Or go niche as Facebook did, being beforethe social network of the university students to then jump out and go to the conquest of all the internet users and become the Social Network.

Now you have the tools to classify and distinguish clearly what kind of persona visit your site, combining neutral data like keywords with demographic ones. And with those information now you can understand the different behaviors of those persona while visiting your site using the tools Conversion Rate Optimization and Analytic may offer.

You and the people working with you are your army. The local/niche wars are the prelude to the biggest one you will combat. Use them to train your army and to create your cohorts. Don’t be stupid and make them the protagonists of the victories your site is obtaining. Just that way you will be able to start creating your own myth of Rome.

And share the benefits of your site success with your users, because them too are your army. Prize them, make them feel indispensable and part of the success of your site. Make them feel part of your myth. This way they will become your best ambassadors and help you seeding your vision in every place and help mining the foundations of your future bigger competitors. They are your newly conquered people proud to be Romans.

And train, train, train. Remember? You’re still a small farmer village, even though you  have conquered your first territories and slices of market, as Rome did conquering Italy battling one after the other every other nation. Being small you must excel in every field: SEO, Social, Content, Analytic, Programming, Web Design. Learn from your competitors, not just from their mistakes but also, if not even more, from what they do well… and do it better.

When you feel secure, scale the battle and go for the big competitors. But before gain allies.

To gain allies you must seed your vision… and in Internet the allies are the influencers.

At this time you and your site are probably already know, but maybe still considered as interesting case and an outsider. Or, depending by the market your acting in, your are well know but just locally or in your small niche.

This is the time to start doing inbound marketing at large scale.

Win the battle, and the war

At my signal, unleash hell

Now you are ready.

Your army is trained and you have gained new powerful allies… and you know that the big competitors usually have very slow reactions, but can still win you thanks to their own mass.

Time to launch a campaign: maybe with a new product, or a new design, or a new community platform inside your site… or maybe with all of them. But be sure to orchestrate the campaign in every field:

Use your new allies to launch your site at big scale:
And use your own army, the users you already have, to spread socially your site, rewarding them. Maybe it is the time to start an aggressive affiliation program and/or to improve the gamification tactics you maybe had already introduced.
Act fast and be ready for the counterattack.Your competitors will usually attack your center, but doing so they usually weaken their sides; and you know it, because you did your homework and know well what they are. Maybe they are weak on customer service, maybe they are weak on mobile, maybe they still don’t have a clear analytic vision of their online video marketing efforts. Whatever it is, while resisting on your center, attack that side and you will probably find your way to their flag and conquer it winning the battle.
But remember:
Strength and honor