Tomorrow Wednesday at 5 pm GTM (aka, London time), I will have the pleasure to host a live YouTube Video Streaming with Aleyda Solís, Cindy Krum and Talia Wolf.

The Hangout Live will be entirely dedicated to the Mobile-Only world that – as everything seems telling us – is going to influence our job as digital marketers.

In fact, after years of announcing that mobile was going to dominate the market also in terms of marketing, since the second half of 2016 we started seeing how that reality was not only an announcement, but a reality backed up by facts and data.

As I too described in my last post on Moz, where I described the SEO and Digital trends of 2017, Mobile Search as surpassed Desktop Search in many verticals as source of organic traffic: 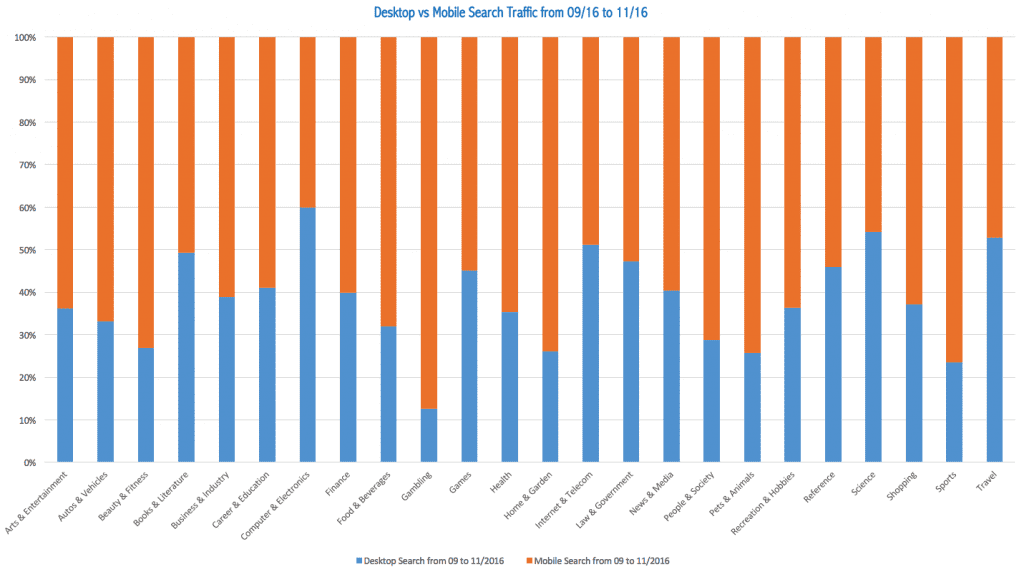 It is not so strange, then, that Google put an giant emphasis in new technologies as AMP or WPAs, or announced its decision to move to  Mobile First Indexing in the next future.

All these news are surely increasing the importance of Technical SEO, but also needs from us to rethink our approach to content, usability and, last but not least, conversion optimization

About all these fascinating topics, we will talk tomorrow 3/18 at 5 pm GTM (12 pm EST and 9 am PST), hence I invite you to save the link to this page, because here you will be able to watch the first of many The Inbounder Hangout: