The spirit of @Moz. An open letter to the community

a friend and fellow Moz community member, who left us too soon two years ago.

Once upon a time

Some of you consider me an expert. I am not, and surely there was a time I was an expert of nothing.

Back in 2003, when I started my career as Internet marketer, I didn’t know anything about search engines or how to code or – at least – understand code.

As I told in another post, since then I was buying TV rights of movies, series and documentaries, and directing movie channels… not really a related job. But I was very good in knowing what sites about TV Series and documentaries should present to their users and, sincerely, when you write good content about Battlestar Galactica, Sex and the City, The Office et all – all series with a big fans’ base and the TV channels you are working for do a great traditional marketing – you don’t really need to do link building. Literally, I was writing and links were coming. 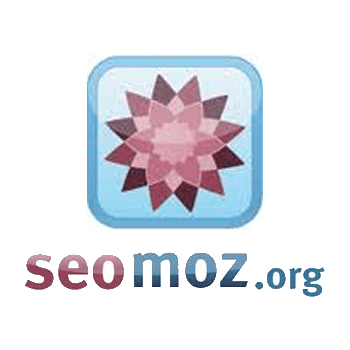 But it came a moment I was not working anymore on those sites and I needed to seriously learn the tech side of SEO, because I was an expert in writing, maybe… but SEO, just the basic.

The first time I fell into the (SEO)Moz site it was after hundreds of clicks in search of serious information about SEO. Not that I wasn’t able to find useful sources before, but I am curious by nature and clicking, discovering new sites and reading is a facet of that curiosity.

Answers to Ten SEO Questions & Some New Questions from Danny Sullivan was the first post I read on Moz  Obviously I was barely able to answer to those questions, but for that same reason I started digging into that blog so to find them.

During the first 15 months I was a silent reader, a condition that is quite common and surely the vast majority of the Moz blog readers right now is that: silent.

You have to know that – even if I seem very open (I comment a lot, tweet a lot, write long posts) – I need a long time before I can consider myself “confident” enough to start a conversation… so I preferred to stay silent and read and listen what Rand and the Moz community was discussing about… and from those discussions (and the experiments I was doing based on them and others sites) I started learning SEO.

I think I was lucky, because if you think that Moz is great now and its community wonderful (and it is, 100% sure and convinced of it), you should look at the people, who were commenting and being the community of Moz back in 2007/2008:

Will and Tom Critchlow, Richard Baxter, Wil Reynolds, Rob Kerry, Brian Brown, Ciaran Norris, Jane Copland (who was working at SEOmoz at that time), Ann Smarty, Kate Morris, Lisa Barone, Adam Audette, Rishi Lakani… I think all of you know them, and esteem as I do. They are the reference in Internet Marketing now… but they were like you once: SEOs, who have started from not that a long time and marketers who found in Moz the ideal place where to discuss and grow discussing.

A Community is made of its conversations

Conversations are the soul of a community, of every community. And what makes a blog a place to visit everyday are the discussions, not only the posts that generate them. Because, to tell the truth, even the weakest post assumes a value that makes it memorable, if it generates a discussion, which is able to make you learn something new.

You, who are calling yourself a Mozzer, don’t be afraid to enter into the discussion, to create one, to write in black and white your opinion, even if it is – maybe – against what the post is telling or other commenters are saying. You voice has a value, and what you say may be important for someone, who, like me, is feeling he has so much to learn still.

Don’t limit yourself to a simple “Great post”, “Wonderful idea”… they are nice, all bloggers like to see that kind of agreement to their ideas… but what they love the most is starting a conversation with their post. For instance, when I wrote “Giving a voice to Your Brand”, the comment I liked the most was the one by Robert “Magicrob” Ducker, because he taught me something I didn’t know.

I know I know… I look like those grumpy old men remembering the old good times. And, I know and I see it everyday, the Moz community has great members now as in those years when I was the new member, but sometimes, after the fifth “Good post, thank you” comment I start missing the real deep discussions the community was able to generate, and from which I leant so much.

Don’t.Feel.Ashamed.To.Write.Silly.Things… because we all said stupid thing, and I say a lot of stupid things still… do you know what was my first comment on Moz? An astonishing “Wonderful post. Sign www.myoldsite.com”: tons of thumbs down.

And you know what? My first YouMoz submission was refused, and my first published YouMoz had the amazing result of 11 thumbs up and 8 thumbs down. But I didn’t care: I started to create and participate in the conversations.

Don’t hide yourself behind a fast reading from Feedly, enter in the conversations, start them.

TAGFEE is not just an acronym

Transparent and Authentic, Generous, Fun, Emphatetic and Exceptional. TAGFEE is not just an acronym, but an ideal we should aim to achieve.

The spirit of Moz resides in those tenets, and the secret of its success is in trying every single day to respond and make them real: with its products, with its customer care, with its blog and with its community.

I was a newbie, but I never felt refused by the community members back in my first years, because all of them assumed that transparency, authenticity, generosity, fun, emphaty and exceptionality weren’t so hard to express even in very simple ways:

I wan’t (and I am not) the best SEO in the world, but I am very good in curating things, in finding those informations other maybe are not so good to find, and I have a quite decent gut so to understand things that are going to come. That were my skills when I was working in the TV Industry, and still they are now that I am an Internet Marketer. So those are the base of all my interventions in Moz and the base from where I conceive my posts.

All of you, who you call yourself Mozzers but are silent, have you skills. Be proud to show them to us, the older Mozzers: we’ll love to learn from you.

Even if a conversation is about something I don’t know, I enter pushed by my curiosity, and if I don’t understand something, I ask because I want to know. And I am sure you want to know too… so, why don’t you ask, maybe starting from the Q&A?

The anxiety of visibility

No, I don’t deny that being visible on Moz offered me opportunities that I wouldn’t be able to have just from my own site.

And I don’t see anything wrong in trying to be visible in a community like the Moz one for growing up also professionally. But I don’t like the idea of being anxious to be highly visible just because of that… and that is something I am seeing now.

And, let me tell you, it is not even intelligent.

You come, you write comments everyday praising this and that post (but maybe in other sites you are not such a Mozzer… remember, I am curious and read a lot), then you try to submit a post or two… then disappear.

Maybe you will obtain your objective, but – if you are not really a great professional – that visibility obtained thanks to the community will be like a spike in your traffic, and then flatness will return.

Instead, if you are honest, if you are seriously TAGFEE, and if you are good, that line will steadily grow up and right.

To be part of a Community, being it Moz, SEObook or whatever else community, it’s not a one night stand. It’s community, and you are part of it. You can be missing, but than you will return: it’s your home.

A community online is like a little town. Everybody knows each others, but – sometimes – there are disagreements, lifestyle choices, changes, new responsibilities that makes someone leaving the community or being not so active as he was once.

I am sentimental – I am Italian FTW! – but I miss Lisa Barone jumping in the blog, or Brian Brown and his long deep witty comments, Rishi Lakani arguing a post and praising another, Martin MacDonald playing the role of the “bad guy”, SEO Imanshu offering tips like they were popcorns… I miss there also many friends with whom I talk almost daily in other more private forums. Old members, who are grown up now, have more responsibilities directing their agencies (or dealing with big clients) and less time to spend in conversations… but, remember, there are so many people who can learn still from your comments and teachings as it was in my case just few years ago.

The Moz community became what it is now also thanks to you… I know that people will love to see you again being an active part of it, at least from time to time.

And… ah… snap your face, Gianluca!