What should have been #Euro2012 accordingly to Twitter (Infographic)

UEFA Euro 2012 is coming to its end. Tonight (European timezones) will be played the first semifinal between Spain and Portugal, and tomorrow will be decided which between Germany and Italy will play the Final.

Surely it is tournament full of surprises:

But, from our marketer point of view, Euro 2012 was maybe  the first real sport event on a global scale which saw the dominance of Social Media as the ideal buzz and communication media nowadays, and sports events – even more than tv shows or celebrity trivia – the most talked about topic. Sure, you can make me notice that this was already proved by Super Bowl and the South Africa Football Championship in 2010, but the first actually is all about Social Media and its penetration in the North American society (which is not the world society, right?) and the second was a good test but not really had the Social Media effects Euro 2012 is having now, especially because two years ago – for instance – Twitter was not so widely used by not geeks in countries likes Spain or Italy and, more important, the use of smartphones still was not so common as it is right now (and it still a great adoption margin to fill) 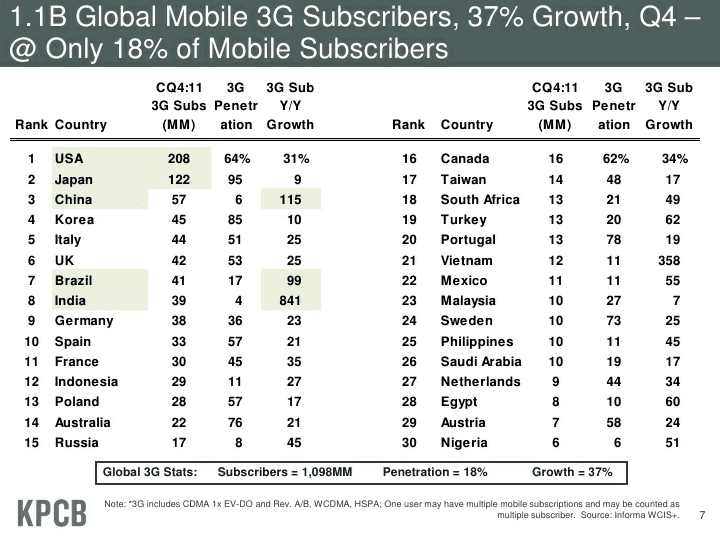 To cite Twitter before was on purpose. In fact, Twitter again has demonstrated to be the most preferred  Social platform to use by the users to comment the games and the tournament’s news (check the #euro2012 category on Storify), and the Social Media which is really able to influence the news both online and offline, especially thanks to fact that it is the preferred channel football players use to engage with their fans.

But how should have been (or will be) this Euro 2012 accondingly to Twitter? Let’s say, if we take all the national teams and sum up the twitter followers of their players, should we have (or, better, have had) a realistic preview of what would the course of the tournament? To have question I and Ticketbis have tried to answer and the result is the infographic here below:

Even though the infographic was created more as a divertissement than – let’s say – a serious study about a possible correlation between number of fans and real opportunities to win the Eurocup 2012,  from a marketer point of view those datas can teach several things, some of maybe obvious but other not so evident: 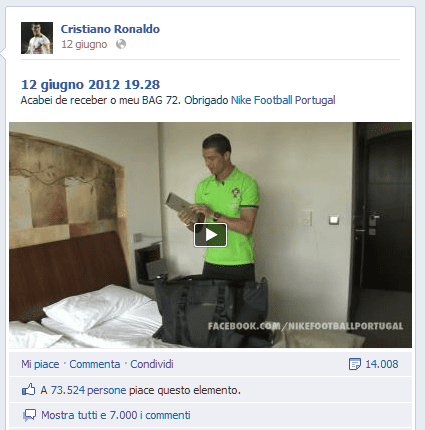 That’s why big brands wants to have footballers as they ambassadors, especially on Social Media, as it is the case of Cristiano Ronaldo for Nike Portugal.

Nike sent a Bag 72 to Cristiano Ronaldo few days ago at his hotel room during the Euro 2012. Everything was shot on video and published both on the Nike Portugal Facebook page (about 930K plus fans) and shared by Ronaldo himself on his Facebook page and Twitter (45 million fans and more than 10 million followers). The exposition of the Nike brand was – needless to say – global and had a natural derivation offline, with sport news programs on TV, radio shows, sports newspaper talking about that “event”.

That’s what we could define as the perfect example of scalable marketing.

But can be only Brands like Nike the ones who can “hire” a footballer as an ambassor?

Actually not. Charities, of any kind and size, can objectively convince any of them. Actually, there is no player who does not support a charity or it is ready to help promoting a charity.

But also government can – and wants – footballers and the national team to be the brand ambassors of their Nation. There are studies which demonstrate how the association Nation Brand and National Football Team have a beneficial effect over GNP and the external trade of a country.

What about small businesses? Is it possible for a small businees, let say a barber shop, to have a famous football player as a testimonial? Yes, it is. Remember, football players are young and – behind the celebrity aura – they are as any other person on this Earth. If it uses the “stalk method” Wil Reynolds so brillianty explained at the last edition of LinkLove, it may have an opportunity to engage him.

Ok… 7.10 pm, time to go… I’ve a football match to go watching and let see if the Twitter Euro 2012 is correct predicting Spain as finalist.