Interviews in Search – Will Critchlow 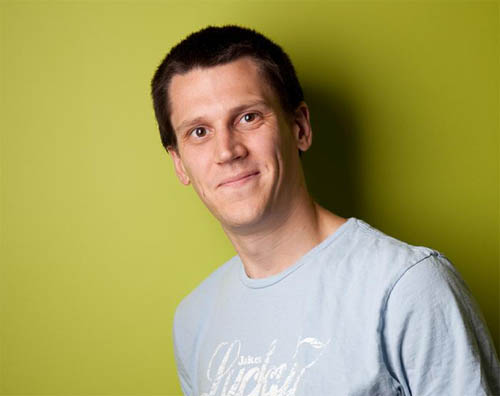 I have to admit that from time to time I day dream to be like him: able to make sexy Excel reports, with a contagious will of conquering the SEO world, always aiming to learn and to teach, geek but not freaky and with a Brit accent.

I am talking of Will Critchlow, Founder & Chief Strategist of Distilled, actually one of the most important SEO Agencies in the world.

But his history is also a clear example that if you persist, if you “get shit done” (Tom Critchlow), you can achieve your dream even if your first office is under the street level in St. John’s Crypt (and your brand name is WandD).

Surely his secret is sharing and crafting the dream with Duncan Morris (Founder and CEO of Distilled) and make his dream the dream of his (always growing) team.

Ah!… for sure, you have to add these ingredients: enjoy cooking, playing basketball and drinking whisky.

Gianluca: Let’s talk about basketball… what is your role in the Euston Power Team?

Will: Heh. I’d like to use the word “hustler”. I try to model my game on someone like Battier.

I’ve been playing for the same coach (a good friend of mine) for 12 years now and he jokes that he’s been trying to cut me every year. I’m not a scorer, I’m not the most talented, but I’m not scared of hard work and somehow I help us win. For those who care about such things I’m typically playing a defensive-oriented power forward role.

Gianluca: Does the basketball “philosophy” influence the way you lead Distilled?

Will: Well, I make fewer enemies at work than on the basketball court. I don’t generally have to wear my gum guard to work! Having said that, the value of team-mates and having people around you who are better than you are definitely come from my sporting experiences.

One thing that’s common to both: winning is fun. And infectious. I like working with people who are high achievers in something (though it doesn’t have to be sport) – there’s something about having operated at a high level that makes ordinary day to day situations less stressful.

Finally, I do believe that fun is important – basketball is a very playful sport and I think fun in the workplace is also a very important attribute of a company. 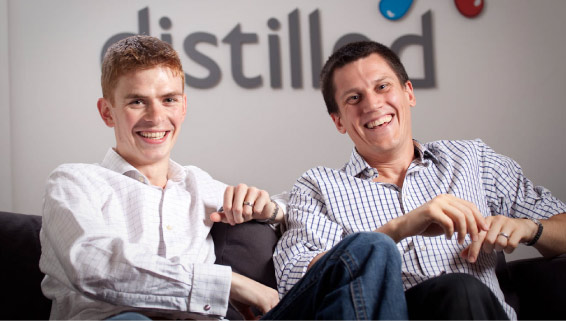 Gianluca: You founded Distilled with your old school mate Duncan Morris, actually its CEO. What your friendship does mean for the success of Distilled?

Will: We’re more than just old friends – we’re incredibly close friends as well. If you could go back in time to our high school, it would surprise no-one to learn that we would be running a company together 15 years hence. Some things this brings us:

If I had to pick a down-side, I’d probably say that we have a tendency to “over-talk” things – probably because we like exploring all the possibilities and ensuring that we are both in agreement. This can lead to situations where we’d have been better for one of us to just make a decision.

Gianluca: Looking back at your beginnings in the Industry, what was the most important lesson you have learnt as an entrepreneur (apart choosing the right brand name for your company…)?

Will: Probably the power of the flywheel (see Tom’s recent post on “Good to great 4 years later“).

Gianluca: Distilled is surely one of best known Internet Marketing agencies right now; what is your suggestion for those ones who are starting their own consulting agency now?

Will: In the early days we spent a lot of time talking about “getting good” and “getting famous” as orthogonal challenges. We worked hard on both. I don’t think you can succeed with either in isolation. That, and leveraging exposure where you can before you have your own megaphone (think: activity in popular forums, guest-posting on high-traffic sites, speaking at popular events). If I were starting afresh now, I’d be all over the SEOmoz Q&A section…

Gianluca: In 2009 Distilled started to organize SEO conferences: if you may express their ROI value in terms of Brand Marketing, what should it be?

Will: They’ve been huge for us. It’s hard to disentangle all the different things that raise our profile, but it’s probably best expressed by the fact that all three of our offices were totally fully-booked this month. Did I mention 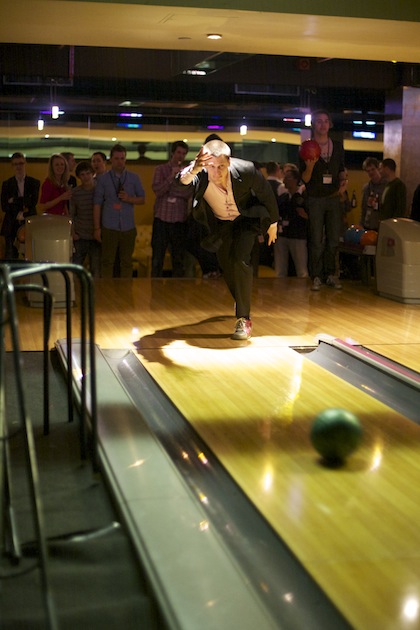 More importantly, it’s a chance to share some of our enthusiasm for all things search and bring together loads of people for some great parties.

Gianluca: I attended the last edition of ProSEO (now Searchlove) and I will attend it again the next October 24th and 25th in London. Apart the name, have I to expect other changes in the conference winning formula?

Will: We are always trying to find ways to improve things, but no – we are still focussing on long, deep sessions from the best experts we can find, a single track, no expo, great parties and networking and advanced, actionable tips.

Gianluca: Searchlove, Linklove… what does make you so passionate about SEO?

Will: There’s something intoxicating about the combination of intellectual challenge and ability to effect huge change and client success. It attracts great people into the industry which also makes it fun, and, as I mentionedabove, we generally believe that fun is a good thing – even in a work environment.

Gianluca: But why, in your opinion, so many businesses do seem to not understand the real importance of SEO?

Will: I would point to two main reasons:

Having said that, I think we (as search marketers) bear a lot of the responsibility for confusing explanations of what we do, lack of clear paths to ROI, poor reporting… I could go on.

Gianluca: Due to the ever greater integration with other Internet Marketing disciplines, is SEO still a good name for SEO?

Will: As Rand said, I’m not sure it’s ever been a good name. We talk a lot about inbound marketing these days, but I don’t think the name is going anywhere any time soon.

Gianluca: And how would you complete the phrase “SEO is dead…”?

Gianluca: Even though with Panda Google is trying to clean their SERPs, spam and low quality sites are surely still a problem. So… imagine you are in the Googleplex and you have hypnotized Matt Cutts… what would you “order” him to do?

Will: Separate the branches of search quality. As Google gets ever more powerful, I think there should be search quality equivalents of the judiciary, legislative and executive branches. I would see this as: 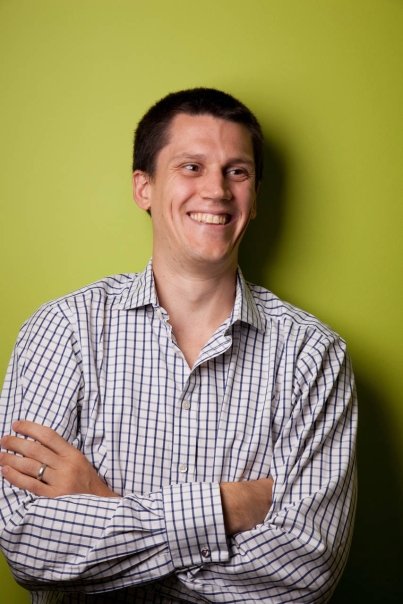 What is your favorite word?

What is your least favorite word?

What turns you on?

What turns you off?

What sound do you love?

What sound do you hate?

What is your favorite curse word?

I liked “bollocks” back when Americans didn’t know what it meant. I think it was “The Office” that ruined that. I need to get a new British swear word for use in the US.

What profession other than yours would you like to attempt?

I was always fascinated by intelligence analysis. I think if I’d lived in another era, I’d have worked at GCHQ.

I was a contract cleaner for a few days when I was a teenager. That was pretty horrible.

If heaven exists, what would you like to hear God say when you arrive at the pearly gates?